The Need for Heavy-Rare-Earth-Free Magnets

As electric vehicles increase in popularity, the demand for neodymium magnets used in their motors will skyrocket. Moreover, since heavy-rare-earth elements (HREEs) are added to neodymium magnets according to their operating environment, the demand for such HREEs will likely increase at a staggering rate. This is problematic because the most profitable mines for HREEs are disproportionately located in China and mining these elements has a heavy impact on the environment. The development of HRE-free magnets is just one of the many efforts being implemented under these circumstances.

We succeeded in achieving mass production of hybrid automobiles that use no HREEs by integrating the development of magnetic materials with motor design technologies possessed by Honda R&D Co., Ltd.

While it is currently popular to use sintered neodymium magnets, our development utilized the properties of hot-deformed magnets. Hot-deformed magnets are advantageous in that they have finer crystal grains that improve heat-resistance without relying on HREEs. However, with the use of conventional technologies it is not possible to mold magnets into the plate form that is commonly used in traction motors. Further, in terms of their properties, the magnets suffer from insufficient coercivity.

While neodymium magnets possess fine microstructures, we succeeded in producing magnets with finer microstructures by controlling their molding conditions, which resulted in improved heat resistance (Figure 1).

With respect to the shape of the magnets, our latest study succeeded in making viable the mass production of plate magnets for use in the traction motors of hybrid vehicles (Figure 2). The motor developed by Honda R&D Co., Ltd. in this study reduces the opposing magnetic field acting on the magnet through new designs of the magnet’s shape and the rotor’s structure. An analysis of magnetic fields in the newly designed motor revealed that demagnetization does not occur.

After succeeding in molding plate magnets with hot-deformed magnets in this phase of the development we were able to achieve practical mass production of magnets entirely free of HREEs by controlling the grain boundary phase, achieving properties equivalent to sintered magnets containing 4–5 wt.% of dysprosium (Figure 3).

Traditionally, magnets required for HEV traction motors contained 8–10 wt.% of dysprosium. With the recent movement to curtail the use of HREEs, research has shifted direction toward high Br and low coercivity. These objectives are achieved by enhancing the cooling capacity of the motor, improving the magnetic circuit, and increasing the magnet’s thickness.

In our future endeavors, we intend to continue raising the bar on performance requirements to achieve such goals as reducing cost while achieving properties equivalent to conventional magnets, strengthening magnetic force in order to reduce the motor size while maintaining coercivity, and increasing coercivity in order to improve heat resistance while minimizing the risk of resource depletion. 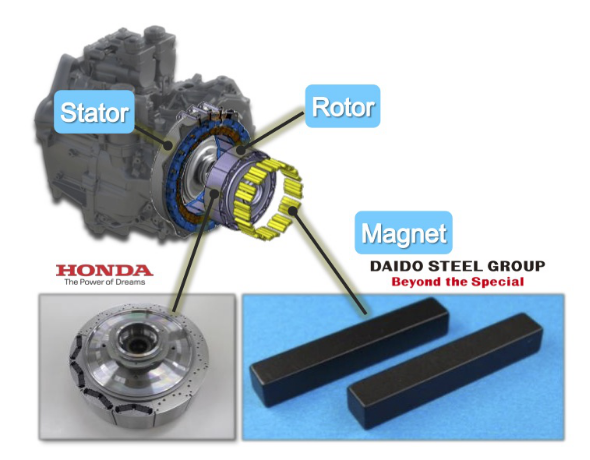 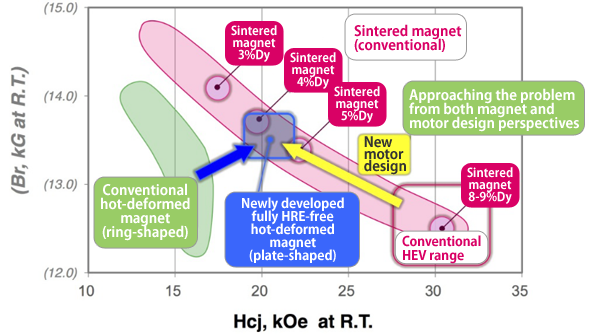 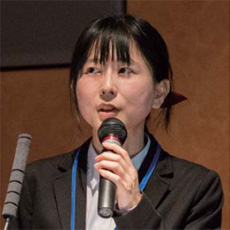