Fires and explosions in batteries caused by flammable organic electrolytes

Numerous and varied studies are being conducted on secondary batteries (rechargeable batteries) to produce batteries with higher energy density for use in smartphones and personal computers. Yet there have been multiple incidents of fires and explosions occurring in lithium-ion batteries due to their flammable organic electrolytes. Various types of electrolytes and electrolyte solutions possessing flame-retardant properties have been studied to date, but none have proven practical. Efforts to add flame-retardant solvents to existing electrolytes significantly reduce the battery’s cycle number.

Despite not using any carbonate solvents (flammable), which have been indispensable in the past, we confirmed that this electrolyte allows for a stable charge cycle over a period far exceeding known results with conventional electrolytes and electrolyte solutions for both graphite anodes used in Li-ion batteries and hard-carbon anodes used in Na-ion batteries. An analysis of the results revealed the formation of a robust passivation film derived from anions that is believed to enable a stable charge-discharge cycle.

The fire-extinguishing organic electrolyte discovered in this study solves the current problem of how to produce secondary batteries that are larger and higher in energy density while ensuring high safety. 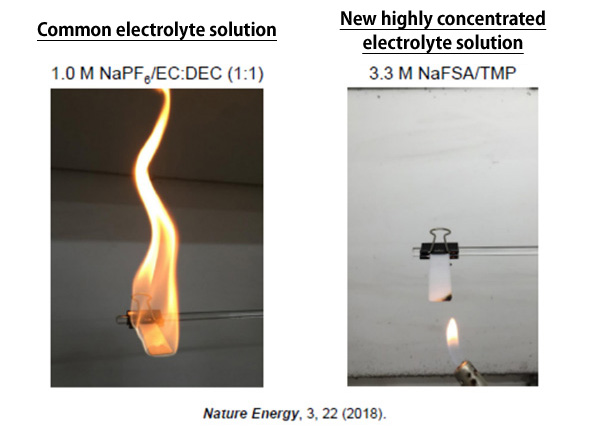 Figure 1 In flame tests to compare flammability, the common electrolyte caught fire when brought near the flame, while the highly concentrated electrolyte not only did not ignite, but actually extinguished the flame

Figure 2 The charge cycle of a hard-carbon anode for an Na-ion battery; the organic electrolyte developed in this study (3.3M NaFSA/TMP) achieved stable charging/discharging for more than 1,200 cycles (over a year and a half) 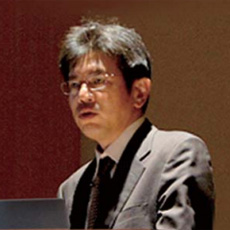 School of Engineering
The University of Tokyo

Yuki Yamada (School of Engineering, the University of Tokyo)