Steel is a heterogeneous material that contains many crystallographic defects. The segregation, partitioning, and precipitation of alloying elements and impurity elements around these defects significantly influence the steel’s properties. This is precisely the reason that we need nanoscale characterization techniques capable of quantitatively analyzing the distribution of elements in local regions.

Directly observing hydrogen to elucidate the mechanism of hydrogen embrittlement

Hydrogen penetrating the surface of steel accumulates in defects and strain regions in the steel. The hydrogen generates defects, facilitates the movement of dislocation, and weakens the bond of grain boundaries, which cause fractures. Thus, a technology for the direct observation of hydrogen in steel at the atomic scale is required to better understand the behavior of hydrogen in steel in order to prevent hydrogen embrittlement.

Three-dimensional atom probe (3DAP) is a technique capable of measuring both light and heavy elements, such as H, B, C, and N, at an excellent lower detection limit (approx. 10 at. ppm). However, there are many technological issues with this method, including the extremely small observation area and the large quantity of background hydrogen atoms.

We succeeded in visualizing trapped hydrogen in steel using 3DAP by developing a new method that enables deuterium-charging into the needle specimen tip and rapid cooling in the atom probe apparatus.

Using this technique, we successfully observed the atomic positions of titanium (Ti) and deuterium (D) in titanium carbide (TiC) precipitated steel. Observations of the front and side views of the nanosized TiC platelets indicated that the hydrogen trapping sites are the (001) broad surfaces of the TiC platelets and each platelet has about 10 deuterium atoms (Figure 1). No deuterium atoms were observed around very small TiC platelets of 3 nm or less. Therefore, we concluded that the origin of deep trapping sites associated with TiC is either (1) misfit dislocation cores or (2) C vacancies in the broad surfaces of the TiC platelets.

Producing a hard martensitic microstructure through quenching (rapid cooling of steel that has been heated to a high temperature during the manufacturing process) is essential for improving the strength of steel. However, in thick steel plates, the cooling rate is slower at the core, posing problems to producing a martensitic microstructure. Adding a very low concentration (a few ppm) of boron (B) to steel has the effect of enhancing the ability of steel to form a martensitic microstructure (i.e., to improve hardenability) during quenching, even with a slow cooling rate. Hence, B is an important element for improving the strength of thick steel plates. However, much is still unclear about the mechanism by which B improves hardenability since the distribution of B at very low concentrations is difficult to detect. Consequently, it has been difficult to achieve the B effect reliably.

By developing a technology for fabricating the target prior austenite grain boundary into a specimen tip and applying this technology to steel with 10 ppm B, we revealed that B segregates only to the prior γ grain boundaries and not to lath boundaries or block boundaries (Figure 2). A quantitative study of the segregation behavior of B and hardenability revealed that the amount of B segregation decreased along with an increase in the cooling rate. These results showed that it is possible to predict the segregation amount of B using a diffusion-limited equilibrium segregation model in the steels of low austenization temperatures and that hardenability and amount of B segregation are correlated when B precipitation does not occur. 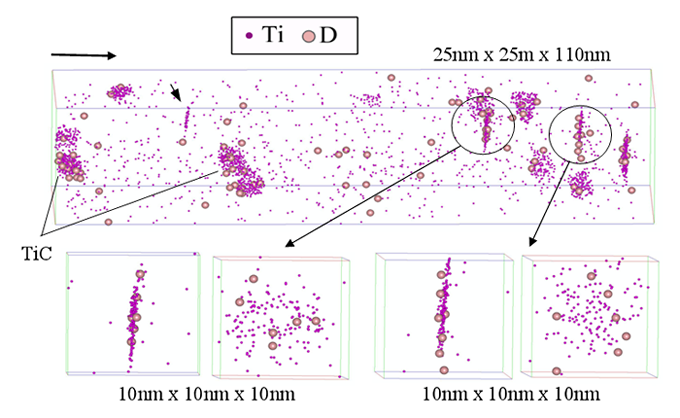 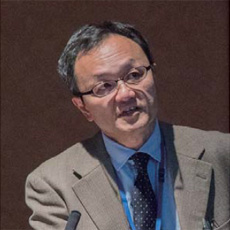