In manufacturing processes for many metallic materials, solidification occurs from the liquid phase, which is followed by grain growth, and the material is subsequently subjected to various thermomechanical treatments to produce a final product. While these processes can be controlled with considerable precision based on experience or empirical knowledge, it is quite difficult to understand what actually transpires.

Discovery of numerous phenomena that deviate from conventional theory

Using MD simulations, we analyzed the configuration of approximately 12 million atoms of pure iron during the solidification process. While the formation of a bcc nucleus was unsurprising, upon closer examination we observed a polyhedral structure emerging first in the liquid phase, but then immediately changing to a bcc configuration. We also carefully followed the nucleation process in an analysis of 1 billion atoms and learned that there is always a region that deviates from the theoretically derived random distribution known as a Mackenzie plot. We ascertained that the source of this region was an exceptionally large number of twin boundaries with low excess energy being produced at the nucleation stage. Moreover, we clarified that a metastable bcc nucleus is formed initially in a nickel-aluminum alloy even from the composition range of the fcc phase. Thus, it is clear that various exceptional local phenomena occur on the atomistic scale that cannot be explained using classical theory.

Tracking the competitive growth of dendrites using phase-field models, we were able to see phenomena not previously considered. Normally, the preferred growth of crystals in bcc and fcc metals follows the <100> directions. Textbooks claim that the green dendrites in Figure 2 aligned with the temperature gradient and the <100> directions will overgrow the inclined red dendrites, but clearly this is not always the case.

We are also able to simulate large-scale three-dimensional competitive growth of dendrites using a supercomputer (Figure 3). Further, by coupling equations for fluid flow and the diffusion field, we are now able to reproduce various phenomena that are currently unexplained. For example, while there is now much debate on how the formation of dendrites changes flow in the liquid phase, we are using phase-field models in an effort to clarify this phenomenon through analyses using permeability derived from calculations of fluid flow following formation of the dendrites.

These are some of our research accomplishments using molecular dynamic and phase-field simulations. However, since it is now possible to perform very large-scale computations, we can also input the results of MD simulations directly into a phase-field model as the initial configuration. Further, since computation techniques on different scales cover regions that overlap one another, we can expect to see dramatic changes in our concepts of multiscale modeling. 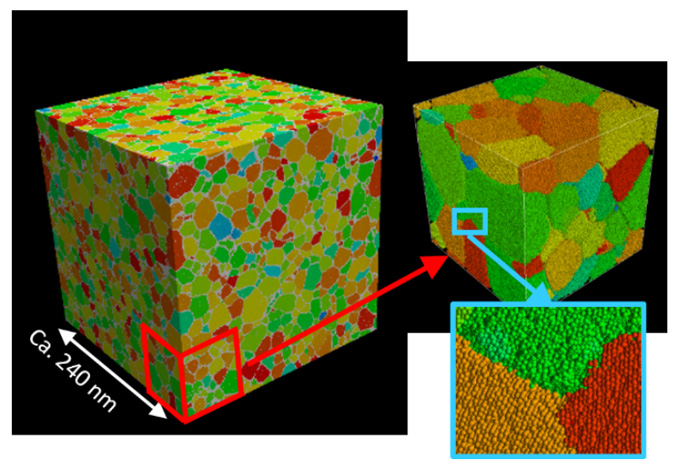 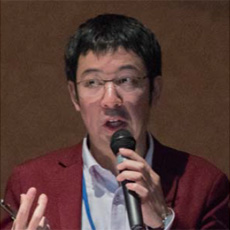 Department of Materials Engineering
The University of Tokyo