Catalysts and Batteries Principles and Their Applications Created by ESICB, Kyoto University

Toward the reduction and replacement of rare elements

The objectives of our research center include establishing methodologies for the creation of catalysts and batteries that are free of rare elements, and clarifying the principles control the necessary chemical reactions. Some of the elements targeted include platinum-group metals (PGMs), such as platinum, palladium, and rhodium, which account for 70% or more of the catalytic material used for purifying automotive exhaust. The challenge is to reduce or replace these PGMs.

Not surprisingly, the main element targeted in batteries is lithium. About 80% of lithium is produced in limited areas, including Chile and Argentina, and the surging demand for lithium raises the question of how much longer the supply will remain stable. Therefore, we must find another element that can be used as a substitute for lithium.

Reducing the usage of palladium to one-tenth

First, I will talk about our efforts to develop three-way catalysts as one type of automotive catalyst. Three-way catalysts, or TWCs, are so named because they can simultaneously remove three pollutants from exhaust gas emitted from gasoline cars: unburned hydrocarbons (HC), and carbon monoxide (CO) due to incomplete combustion and nitrogen oxides (NOx) resulting from high temperature oxidation of nitrogen. Rhodium and palladium are necessary for such removal.

Among these catalytic reactions, the most vital is the reduction of NOx. Conventionally, the mechanism of NOx reduction has been thought to proceed with NO adsorbed on the surface of metal particles and subsequently dissociating into nitrogen and oxygen atoms. CO then removes atomic oxygen to produce CO2, and the residual nitrogen atoms are associated and desorbed as a nitrogen molecule. Therefore, dispersion of the precious metal particles to ensure sufficient surface area has been thought essential.

While conducting theoretical calculations and experiments, we discovered the importance of the Mars-van Krevelen (MvK) mechanism, wherein oxygen vacancies in metal oxide support play a vital role in the oxidation of CO, for example. Through the MvK mechanism, not only is CO oxidized, but oxygen vacancy sites are reoxidized by oxygen molecules. Therefore, we searched for carrier candidates with oxygen vacancy sites that could be reoxidized by NO. Using Sr3Fe2O7, we ascertained that oxygen vacancy sites were reoxidized, producing N2 molecules. It was also learned that Mn-modified hexagonal YbFeO3 exhibited high oxidation activity at low temperatures and promoted low-temperature reduction of NO following the same mechanism, raising the possibility of reducing the usage of palladium to between one-fifth and one-tenth of current quantities.

One of our aims in the research on batteries is replacement of lithium (Li) to sodium (Na) and obtaining materials with high energy density. Our center has developed so many materials to date that it is often called the “world’s materials development center.” In 2014 we developed a positive electrode exhibiting a high voltage of 3.8-V from a sulfate material called “alluaudite,” which had not previously been used. Moreover, this material was found to be capable of charging and discharging at ultra-high rates for a minute. We also developed a negative electrode material called MXen that contains titanium, aluminum, and carbon. MXen exhibits superior cycling and rate performance and is capable of high-rate charging and discharging.

In our research on solvents, we proposedan approach to using super-concentrated solutions expected to be used at high voltage and high rates and verified that an aqueous lithium-ion electrolyte could work at an unprecedented high voltage exceeding 3 V. We also expanded the use of super-concentrated solutions to sodium-ion batteries, demonstrating that a NaFSA/TMP solution employing trimethyl phosphate (TMP) not only can exhibit high-performance, long-life Na batteries, but also can be developed into fail-safe batteries that are nonflammable and flame-retardant. 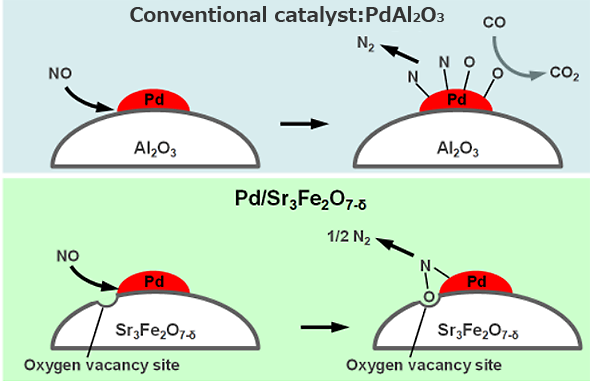 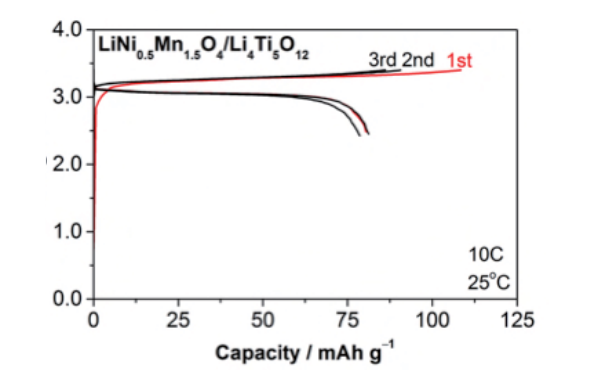 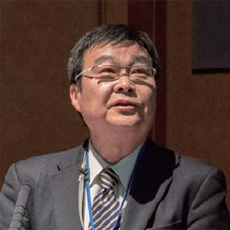