Motivation for Becoming a Researcher

I first became interested in computational physics during a class at the university in which we were performing computer simulations to reproduce physical phenomena. I was amazed at how the movement of atoms and molecules could be represented visually. Moreover, I had always had a passion for programming and aspired to become a computational scientist with the aim of improving my programming skills.

I have expertise in calculating crystal structures of various shapes and atomic species and I am familiar with the methods of simulation. I also have experience developing programs in such programming languages as C and Python and have worked on improving the code for first-principles calculations.

What Makes Your Research Interesting or Worthwhile

I reproduce and predict the properties of materials on computers, but my research sometimes produces unexpected results. It gives me great satisfaction when I can come up with reasonable explanations for these unintended results. I also study programming languages in an effort to improve computation programs. I feel a sense of accomplishment in my work when I can create a more convenient and useful program.

Other Research That Interests You

I would like to search for useful material candidates through computational research. For example, I would like to try to predict electrode materials with high energy density using first-principles calculations. To accomplish this, it is necessary to obtain calculation results that can reproduce the experiment with high accuracy.

Interests Other Than Research You Would Like to Pursue

I am interested in trying winter sports, such as skiing and snowboarding. 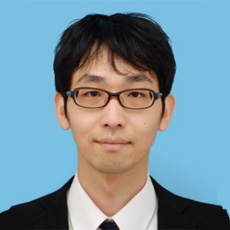 kotaka@esicb.kyoto-u.ac.jp
*Please change the (at) to @.