HOME > About the Project > Brochure 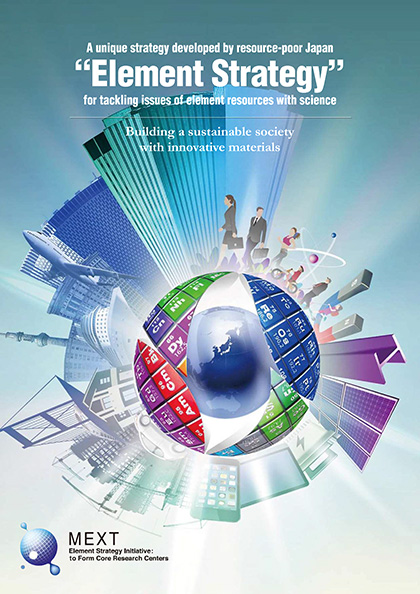 – New Japan-made materials that have changed the world

– Manufacturing aligned with the Earth

– Ask the pioneers: What’s next for materials science?

Leading the world with “Element Strategy”
─Striving for further development─

Japan developed the concept of an element strategy sixteen years ago to use science for solving problems related to element resources. These efforts have created numerous materials with innovative functions and have contributed to the creation of an enriched, sustainable society.

Though originating in Japan, this concept is shared in all countries of the world and similar efforts have been advanced on a global scale. In fact, these efforts may be entering a phase of global competition with science-based initiatives being implemented in a competitive atmosphere.

Resource-poor Japan should play a key role in guiding the world by contributing its scientific and technological might, which are grounds for the continued and even enhanced implementation of these efforts as a national project.