What is Now Expected of University-driven Innovation

Our society faces many critical issues that must be addressed by academic disciplines. There has been much enthusiastic discussion of late on the importance of full-scale collaboration among industry, academia, and government, including in the development of human resources for pioneering new research areas. In today’s knowledge society, the role of the university or academic learning must change.

Peter Drucker wrote in his book The Age of Discontinuity that, in addition to education and research, universities now have a third function of contributing to society, that is, bringing value to society by transforming knowledge into action.

With the expectation of universities bringing value to society, there comes a need to reorganize university departments around social issues, rather than based on the conventional logic of specializations. With an interdisciplinary approach toward education aimed at addressing social issues, one must teach respect for the work of specialists, while in education based on a specialized field, it is necessary to teach that a single specialty can accomplish nothing and will only produce value in combination with other specialized knowledge.

Such reform is actively being addressed in prominent universities in Europe and America. Figure 1 shows research categorized by motive according to a concept by the American political scientist Donald Stokes. The categories are defined by a two-axis grid, wherein one axis indicates whether the work involves a “quest for fundamental understanding” and the other whether the work involves “considerations of use.” A survey conducted on the top 1% of researchers in Japan and America showed that 33% of research in the U.S. and 15% in Japan fit in the upper-right quadrant of Stokes’ grid called Pasteur’s Quadrant.

From the viewpoint of university-deriven innovation, this data signifies that there is reason in Japan to have great concern. We believe that Japan must implement a policy of focusing on value creation based on academic achievements rather than merely presenting research papers.

Our national strategy is to pursue the development of essential high-performance materials while strengthening collaboration with the extensive research community involved in this pursuit, as well as to invent an entirely new research approach by reorganizing academic disciplines to set a high standard internationally. The Element Strategy Initiative may be considered a first step toward the practice of value creation.

We would like to conduct activities that transcend fields by restructuring disciplines to open up new areas of research and by investigating the issues that arise. This is the essence of industry-academia collaboration.

Changing the ways that businesses and universities collaborate

The relationship between company R&D divisions and universities is no longer just about how the company can incorporate the research results and technologies. Companies are now looking to work with universities to create technological seeds that are strategically needed for business that the company hopes to develop. There is also an increased anticipation of universities taking on a large role in the manufacturing and business divisions (Figure 2).

A future form of collaboration may involve start-up companies possessing university technology being launched from within the university and eventually becoming an alliance with which the university plays an important part.

Figure 1 A comparison of categories of research projects in Japan and the U.S. according to Stokes 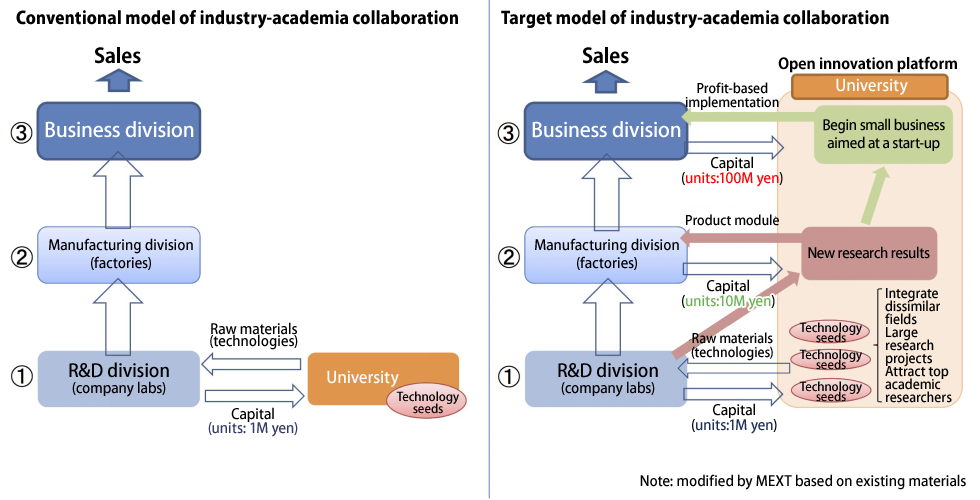 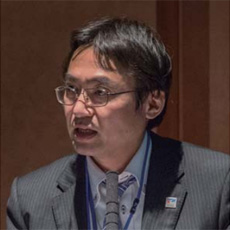