Utilization of Quantum Beams for Developments and Prospects for the Future

Utilizing the features of quantum beams to conduct research

Toyota Motor Corporation has set a goal of eliminating by 2050 nearly all cars that operate solely on an engine. Toward this end, our research is aimed at improving the power control unit and secondary battery of hybrid electric vehicles and plug-in electric vehicles. This research is being performed at SPring-8, the KEK Photon Factory, and J-PARC to utilize the properties of quantum beams such as high-intensity, material penetrating power, high brilliance, and spin.

Here I will talk about some of the applications for quantum beams. It is important to understand in advance how reactions occur in lithium secondary batteries when the batteries overheat. Therefore, using a newly developed cell for simultaneous XAFS-XRD measurements, we studied changes in the valence and structure of nickel while the sample was heated from room temperature to 450℃. The results showed that the valence and structure of nickel were irreversibly changed.

A solid-electrolyte interphase (SEI) is present on the surface of the anode in a lithium secondary battery. The formation of this SEI is closely related to the initial charging conditions, making it vital to determine these conditions. It has been traditionally difficult to see this process unfold, but recently we have been studying changes in the thickness and composition of SEI during charging and discharging using neutron reflectivity.

By measuring the conditions of platinum in an exhaust gas purification catalyst using XAFS measurements while simultaneously analyzing the exhaust gas, we were able to observe the reaction process on the surface of the platinum (Figure 1). Once a black box, it is now possible to understand catalyst-driven changes in precious metals.

We developed a scanning three-dimensional X-ray diffraction microscope for viewing continuous deformation and strength at the crystal grain level. Diffraction patterns were recorded while scanning a micro-beam to reconstruct the crystal structure three-dimensionally. We also plan to observe deformation in metals and the stress generated in binders.

Recently more and more researchers are expressing a desire to analyze the components themselves rather than simply observing materials. Therefore, we are considering shifting our focus to components in future research.

We are hoping for better real-time imaging with synchrotron radiation and improved spatial and temporal resolution with neutrons. We would also greatly appreciate further support in making large volumes of data easier to process and analyze at the user level and in simplifying operando measurements for the general user. 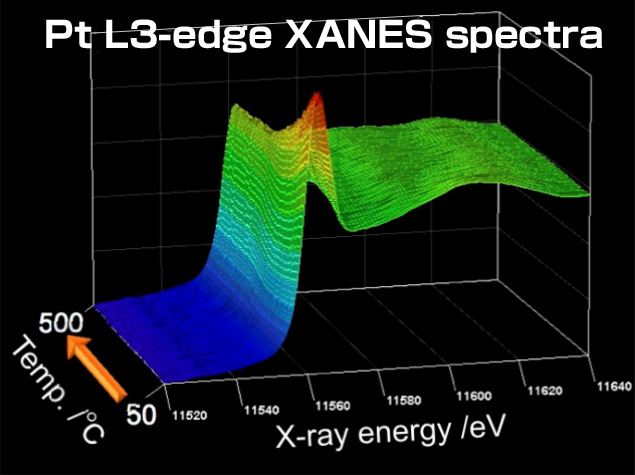 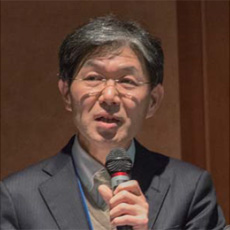