Power consumption in IT devices could be drastically reduced through development of nonvolatile memory (MRAM) capable of preserving written information without the need for electric power. In consideration for reducing energy required for writing information, spintronic devices employing a magnetic tunnel junction show promise for use in voltage-controlled writing, but their performance must be improved five-to-tenfold current levels to be practical. Accordingly, we conducted research to clarify the mechanisms of the VCMA effect through experiments at SPring-8 and theoretical calculations.

We prepared a device sandwiching a metal magnet having a thickness of a few atomic layers in order to clarify the mechanism of the VCMA effect (Fig. 1). By conducting synchrotron X-ray magnetic circular dichroism at SPring-8 and sum-rule analyses, we are able to evaluate the device’s internal orbital magnetic moment, spin magnetic moment, and magnetic dipole TZ term. Hence, we studied how application of an external voltage changes these physical quantities.

We confirmed that a redox reaction does not trigger changes in magnetic anisotropy in devices with three Fe monolayers and an MgO monolayer. In a device with an interposed ferromagnetic Pt monolayer, we verified from extended X-ray absorption fine structure analysis that the applied voltage does not change the lattice spacing. From these results, we learned that the effects of redox reactions and lattice relaxation were extremely small.

Using first-principles calculations to breakdown how each mechanism contributes to VCMA, it was found that the opposite signs of the orbital magnetic moment mechanism and the electrical quadrupole mechanism virtually cancelled each other out, resulting in a small VCMA coefficient of 140 fJ/Vm for the FePt film. In view of the mechanisms of VCMA clarified in this study, we would like to strategically develop materials for spintronics devices having a large VCMA effect. 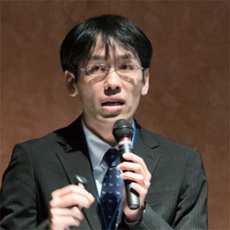