How hydrogen controls the properties of oxide semiconductors

The semiconductor IGZO, configured of indium (In), gallium (Ga), zinc (Zn), and oxygen (O), has been incorporated as a transparent semiconductor for driving the displays of various consumer electronics, including smartphones, computer monitors, OLED TVs, and tablet computers. However, one problem with using IGZO thin-film transistors in these products is that their switching properties tend to fluctuate and degrade as a result of applied voltage and light illumination. We now know that hydrogen plays a major role in the properties of oxide semiconductors. Thus, learning the electronic states of hydrogen in IGZO may help us elucidate the source of property degradation and shed light on a solution.

In oxide semiconductors, hydrogen can take on one of the charge states H+、H0、H− and serves as an electron donor. Our aim was to study the electronic states of hydrogen to clarify the mechanism by which hydrogen alters semiconductor properties, but the methods of analysis are limited since IGZO is amorphous. Here, we employed a muon spin relaxation (µSR) method that uses positive muons (µ+) from an accelerator to study the likely positions and charge states of hydrogen in IGZO and ZnO having the same local structure as IGZO. We were able to learn the electronic states of hydrogen by injecting positive muons in IGZO to simulate hydrogen. For this experiment, we used the spectrometer at the Japan Proton Accelerator Research Complex (J-PARC; Figure 1) and a spectrometer at the Paul Scherrer Institut’s Low-Energy Muon (PSI-LEM) facility.

The research findings revealed that all muons in the IGZO (the insulating composition) take on one of the diamagnetic states (electron closed shell, such as H+ or H−; Figure 2). The H+ state most likely generates an O-H bond with an oxide ion having a large electronegativity, while H− remains in an isolated state without bonding to neighboring atoms. The results are the same whether the sample is crystalline or amorphous.

At J-PARC Materials and Life Science Experimental Facility (MLF), it is now possible to obtain a single-crystal sample of ZnO and measure the symmetry of its hyperfine structure constant based on the direction of the applied magnetic field relative to the crystal axis. By experimentally identifying the position of the shallow hydrogen state formed by muons at this facility, the local symmetry of the shallow hydrogen state was found to match that of the ZnO bond center and anti-bonding site, suggesting this position is consistent with the hydrogen site of IGZO having the same local structure.

The discovery that muons take on a diamagnetic state in IGZO is direct evidence of hydrogen acting as an electron donor in this material. By detecting the hydrogen structure in functional oxides, we hope to gain a general understanding of the role that hydrogen plays in these oxides. 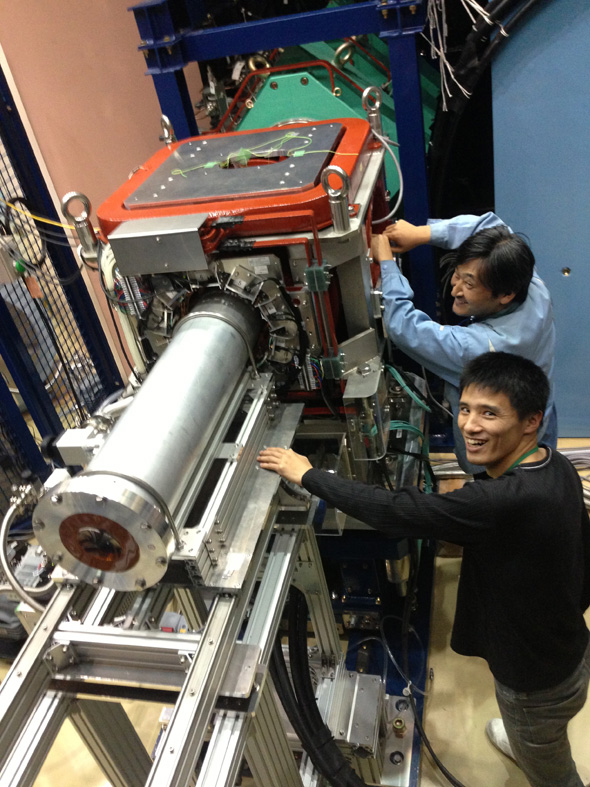 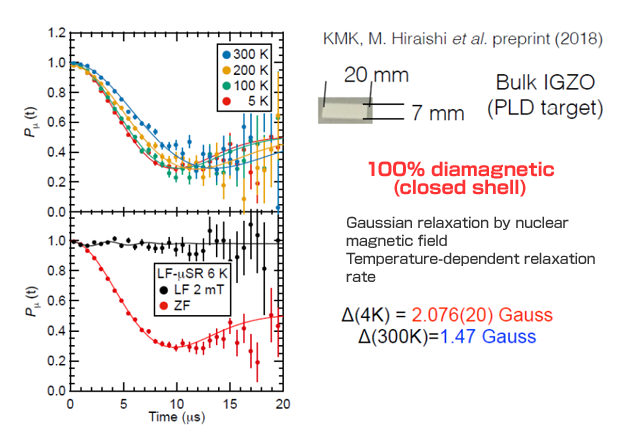 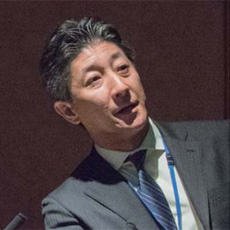