An entirely new PEEM having the world’s highest resolution

In order to clarify fine structures and properties such as magnetism on the nanoscale, a photoemission electron microscope (PEEM) using synchrotron radiation has commonly been employed to achieve spatial resolutions on the order of 20 nm. As an upgrade to the PEEM, we developed an entirely new photoemission electron microscope incorporating both PEEM and an ultraviolet laser (laser PEEM). Since use of a continuous wave laser minimizes the effect that repulsion among emitted electrons has on spatial resolution (the space charge effect), we succeeded in achieving a spatial resolution of 2.6 nm.

Confirming ferromagnetism in oxides with the laser PEEM

The two oxides lanthanum aluminate (LaAlO3) and strontium titanate (SrTiO3) are both insulators that do not conduct electricity. However, we know that when the two oxides are laminated together to form a LaAlO3/SrTiO3 thin film, a two-dimensional layer with high electron mobility (two-dimensional electron gas) emerges at the interface of the thin film as the thickness of LaAlO3 increases and exhibits superconductivity and ferromagnetism simultaneously (Figure 1). Observing this structure with the laser PEEM revealed that the LaAlO3/SrTiO3 thin film interface is densely packed with ferromagnetic domains between 30 and 40 nm in size, indicating the presence of ferromagnetism at the interface.

On the other hand, it is known that two-dimensional electron gas is produced on the surface of SrTiO3 that has been flash-annealed (a rapid heat treatment) in vacuum. Our research showed that flash-annealed SrTiO3 possesses ferromagnetic domains that are 30–40 nm in size, as illustrated in Figure 2, with a ferromagnetic transition temperature of approximately 900K. These results provide evidence that the interface of LaAlO3/SrTiO3 and the surface of SrTiO3 exhibit ferromagnetism.

Utilizing the ferromagnetism of these oxides offers the potential to develop low-cost, high-capacity magnetic storage devices free of rare-earth metals. 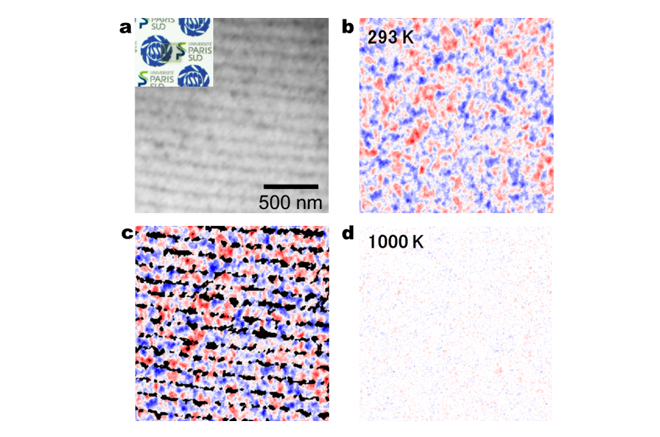 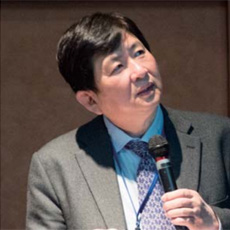 The Institute for Solid State Physics
The University of Tokyo